Join us for an epic Aurora chasing journey departing from Anchorage!

Your private tour is customized around the Aurora forecast; we’ll ensure the journey
takes you to the most strategic location(s) around the Anchorage area for Northern
Lights viewing.

“Named for the Roman goddess of dawn, the aurora is a captivating display of light in the night sky. The aurora borealis — also called the northern lights — occur at the northern pole. Occasionally, space weather interacting with Earth can cause auroras to extend even further away from the poles. These colorful lights are constantly changing shape and intensity, from dim and scattered to bright enough to read by. The dancing lights of the aurora provide spectacular views from the ground.

Earth’s tear-shaped magnetic field — called the magnetosphere — continuously oscillates and responds to the changing intensity of the solar wind. The solar wind particles funnel around to the long tail of the magnetosphere, where they become trapped. When magnetic reconnection occurs, the particles are accelerated toward Earth’s poles. Along the way, particles can collide with atoms and molecules in Earth’s upper atmosphere, an interaction that provides the atoms with extra energy which is released as a burst of light. These interactions continue at lower and lower altitudes until all the incoming energy is lost. When we see the glowing aurora, we are watching a billion individual collisions, lighting up the magnetic field lines of Earth.”

Not Included in Tour Price:

All bookings are handled personally by the Wild Journeys guides. Contact Us today and together we will create your wild journey!

Activities that go well with the Northern Lights: 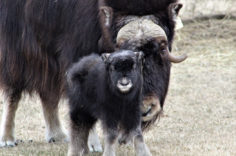 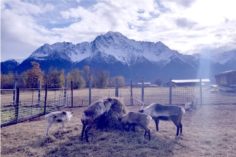