The Independence Mines, now Independence Mine State Historic Park, is the site of a former gold mining operation near Hatcher Pass and Palmer, Alaska, that dates back to at least 1897. It is one of the places in south-central Alaska that still contains remnants of the existing mine. The area has excellent hiking trails and is accessible year-round.

Explore the aged work camp and tram, then enjoy a short hike to take in the natural beauty!

Independence Mine is one of Alaska’s State Parks

GOLD! A magic word that time cannot tarnish; a soft metal with the strength to forge history. Gold was the magnet that drew thousands of adventurers to the last frontier. Though most Alaskans recognize that gold played an important part in Alaska’s history, they normally think first of Nome, Fairbanks, or the Iditarod country. But even before a quarter of a million gold seekers began their stampede into those famous areas, gold was discovered just southeast of Anchorage in 1886. From there prospectors spread into the Susitna and Matanuska river basins, testing the creeks in the nearby mountains.

They found hard rock (lode) gold scattered in quartz veins throughout the granite in the Talkeetna Mountains. These veins were created by hydrothermal action that filled fractures in the rock. Erosion loosened flakes of gold, and flowing water eventually washed the gold-bearing gravel into a stream. Throughout the history of gold mining, placer mining has preceded lode mining, and this area was no exception. The rough-textured gold found in the bottom of pans and sluice boxes hinted at something more: a nearby source, or mother lode.

Robert Lee Hatcher discovered and staked the first lode gold claim in the Willow Creek Valley in September 1906, and others soon followed. But lode mining was expensive for an individual operator; it required elaborate tunnels and heavy equipment, so companies merged to pool resources and reduce expenses.

What is now called Independence Mine was once two mines: The Alaska Free Gold (Martin) Mine on Skyscraper Mountain, and Independence Mine on Granite Mountain. In 1938 the two were bought together under one company, the Alaska-Pacific Consolidated Mining Company (APC). With a block of 83 mining claims, APC became the largest producer in the Willow Creek Mining District. The claims covered more than 1,350 acres and included 27 structures. In its peak year, 1941, APC employed 204 men, blasted nearly a dozen miles of tunnels, and produced 34,416 ounces of gold worth $1,204,560; today $17,208,000. Twenty-two families lived in nearby Boomtown, with eight children attending the Territorial School in the new bunkhouse.

The wartime ban was lifted in 1946, but gold mining was slow to recover. After the war, gold could be sold only to the U.S. government at a fixed rate of $35 per ounce. Postwar inflation raged, and gold mining became an unprofitable venture. Finally, in January of 1951, after mining nearly 6 million dollars worth of gold, Independence Mine was closed by APC, and a chapter of Alaska’s gold mining history came to an end. In 1974, Independence Mine was entered into the National Register of Historic Places, a list of cultural resources significant to American history. In the late 1970s, 271 acres of land were donated to the Alaska Division of Parks & Outdoor Recreation for the establishment of Independence Mine State Historical Park. On January 16, 1980, the title to the acreage was transferred to the State of Alaska.

Not Included in Tour Price:

All bookings are are handled personally the Wild Journeys staff. Please Contact Us and together we will create an epic adventure!

Activities that go well with Independence Mine: 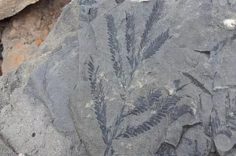 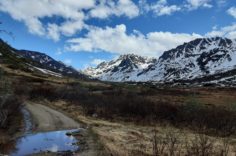 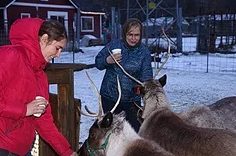 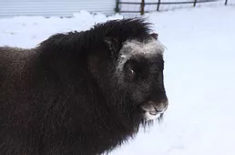 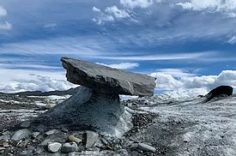